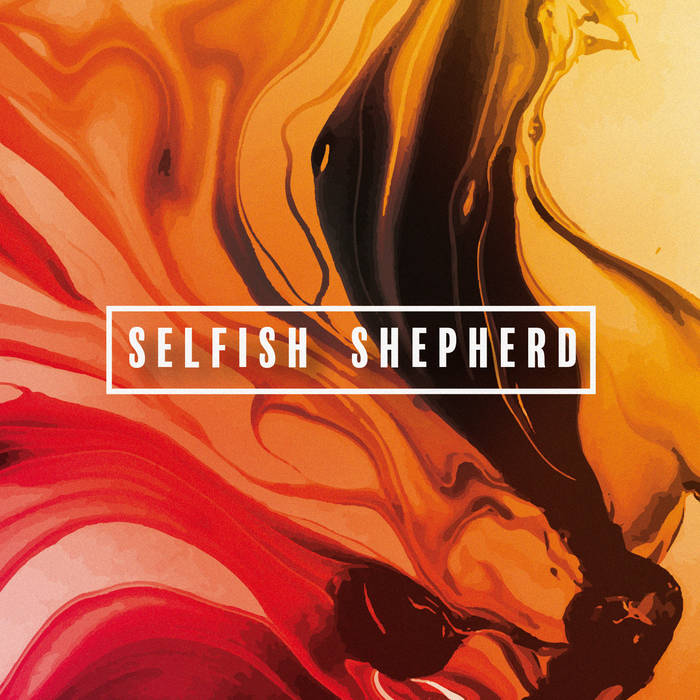 Lyrics by Ronnie Ocherry
Composed by Selfish Shepherd
Produced by Or Bahir
Mixed by Ronen Hajaj
Mastering by Barak Yechezkeli
Recorded at Pluto studios Israel, by Ronen Hajaj and Or Bahir
Bass and Back vocals by Ido Hershkovitz (except track 6)
Booklet photo by Michael Tumarkin
Album design by Netaly Reshef

Special thanks goes to our Headstart supporters, family and friends. Without your wind in our sails, this album wouldn’t exist.


All rights reserved to Selfish Shepherd©

The Israeli rock band was formed at late 2011’s, due to a request for a show by the band's frontman Ronnie Ocherry (Vocals, Guitar). He then gathered Iliya Gomon (Guitar) and Ori Nave (Drums). The band moved together to Tel aviv in 2015, where they were joined by Ohad Dabush (Bass).
Their debut album, self titled ­ Selfish Shepherd, was recorded in Pluto studios, Israel. ... more

Track Name: Just a minute
Get out of bed, it stopped raining she said
Or was it just me, we decided to disagree
Come late after dawn, when you're all on your own
No desire to break free, so maybe can we

We just go, can we go to a minute before

A wish to be dead, runs straight through your head
Hands shaken by the breeze,
the pen writes on the sleeve
A sound of hate, that masks lies as fate
None of us could break free, so why won't we

Get out of bed, it stopped raining she said
Count up to three, imagine how it would be
If we just

Say, does he let you be yourself, my babe
I can tell you want more of me
I think you know, there’s no way back from this one
You’ve got enough, of my sick and twisted
-vile Ideal of love

Say, did you get to be yourself, my babe
I can tell you’re full of shit

there’s no regret in your race for arms
keep in mind to never trip no alarms
covered red, out of touch
no one ever loved you too much
remember when we fought wars
sold me out just to get what’s yours
now there’s a space inside of me
that I keep away from your reach

Grab a cigarette and a glass of wine
tie me up, damn you look so fine
Track Name: Noise
I’m lost again, spending time in this dark room
Where the light can’t get in
I’m throwing back hands off the wall
‘till someone comes rescue me from this madness
I can’t get a grip on what’s real, I can’t feel

I said check it out
Lately, I’ve been off the tracks
I’ve been kicking and spitting my way through the cracks
Might sound a bit crazy but that’s just how it is
Another hit and miss right through the haze

All this noise
Don’t you know you look like a fool
Track Name: Revolution
Did you know? they’re callin’ out, did you know?
Will you go? to stand up n’ fight, will you go?
Or you’ll be talking about some reasons to stay in bed?
Counting season while watching paint dry until it ends?

So are you ready for a revolution
Come get your revolution

Here they go, distorting your mind, here they go
Isn’t it so? you try n’ buy your own lies about hope
aren’t you fed up about being a straight up modern slave?
keep consuming, don’t ever stop chewing until it ends

Oh’ no, fucking up is all I know
Oh’ no, drug abuser running slow
All I know - Is I’m a mess


Come on settle down, you’re gonna drive us all through a ditch
Keep on breaking ground, some fears may or may not exist
I’ve been dazed flying hovering low


Oh’ no, fucking up is all I know
Oh’ no, drug abuser running slow
So slow, fucking up must made me slow
All I know - Is I’m a mess


Settle down - Oh’ no I can’t let go
Oh’ no, drug abuser running slow
So slow, fucking up is all I know
So slow, High as can be - Free as should be
Slow
Track Name: What turns you on
I’ve got that silk and velvet cover
on my bed ready to get it on
now I ain’t a selfish lover babe
come over here I won’t do you wrong
It’s the sound of your heels
down my corridor
that made me wanna take you
right here on the floor
between the two of us
there’s so much sex appeal
I’m gonna make you feel what I felt

You can call me your lover babe
as I bite your lips and tongue
now I can’t say it’s forever babe,
as long as you’re here and we’re having fun
It’s the sound of your heels
on my wooden floor
that made me steer my head
right out of control
you see it’s the two of us that makes it feel
we’ve found ourselves in something unreal


on your knees if you want it
don’t you tease me now
Tell me babe what turns you on
Track Name: Something warm
She might break this time around
I’ll open up my sail, a simple hit n’ run
It’s a kind of disease that only humans get
I tried to shake it off it didn’t do any help

She won’t break this time around
I’ll forget my sail, hang around for this one
Can’t shake off the disease that only humans spread
Liberate the mind bodies will follow the head

If something warm is all you want
I will change for you the weather
Track Name: Time to leave
Goodbye my friend it's all been said & done
Get your hand off of me, let me go you're free, I'm gone
Everyday you play the same old song
Now this tune never ends would you play it again when I'm gone

Goodbye my friend for all you said & done
Stay as numb as you please, all I want is to leave, I'm gone
Cause' every game you played has been won
You don't want it to end, so just play it again when I'm gone

Bandcamp Daily  your guide to the world of Bandcamp

Featuring Oakland sounds from the Smart Bomb collective and Samplelov.